Scorpion™ Winter tyres about to go on sale in Europe 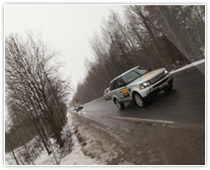 Pirelli's latest addition to the Scorpion™ family is the winter tyre of choice for SUVs and Crossover made by such prestigious manufacturers as AMG, Audi, BMW, Land Rover, Mercedes, Porsche, Volkswagen and Volvo. The aim to is give SUV and Crossover owners complete control over their vehicles under all conditions. Scorpion™ Winter tyres have been developed by Pirelli to reduce braking distances under any weather conditions, optimise traction in the snow and enhance precise driving. Like other tyres in the Pirelli premium segment, Scorpion™ Winter tyres were developed 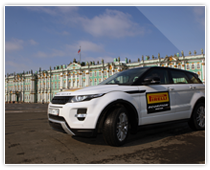 through close collaboration between Bicocca research engineers and development engineers working for car manufacturers. Among the first of these are Porsche and Mercedes with whom we have worked for more than a decade and with whom we share data, development technologies and solutions to best respond to the evolution of vehicles of reference. Scorpion™ Winter tyres integrate fully with the latest ABS and TC systems fitted to the latest generation SUVs and Crossovers. Over a three-year development period, Scorpion™ Winter tyres have been optimised with 300,000 km of tests on tracks and roads in Oceania and Europe with temperatures ranging from -32° C in Arctic Falls Proving Grounds in Sweden to +8° C at the Idiada track in Spain. The new Pirelli winter tyre was also developed through thousands of hours of simulation using the most sophisticated simulation software available; the same  used in F1™. 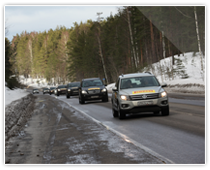 The main safety benefits provided by Scorpion™ Winter tyres can be summed up by superb handling, especially on the snow, thanks to their very specific traction, braking and cornering properties. When compared with the best performing tyres in the same category, the results are overwhelmingly in favour of Scorpion™ Winter tyres: braking in snow (50-0 kph) 10% better; traction in the snow (10-40 kph) up to 9% better; wet braking (80-0 kph) 2.5 metres less; dry braking (100-0 kph) 1.7 metres less. Scorpion™ Winter tyres also have lower rolling resistance meaning lower fuel consumption (-4%), less internal and external noise (3 decibels lower than previous generation tyres) and longer duration. From Autumn this year, Scorpion™ Winter tyres will be introduced to the European market and will be available in  33sizes (between 16 and 21 inch). They will also be available in run flat versions to round off the Scorpion™ range dedicated to SUVs and Crossovers that will sit alongside the Scorpion™ Verde range, the first high performance ecological developed for such vehicles.

Scorpion™ Winter tyres about to go on sale in Europe