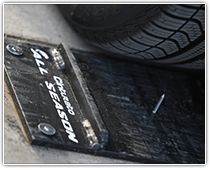 Pirelli is constantly focusing on technology and innovation. Its technological know-how and innovative development processes have led to partnerships with the most prestigious car manufacturers worldwide.  Seal Inside™ is an innovative technology developed by Pirelli Research and Development Department. The technology allows the tyre to avoid pressure loss and to maintain its integrity after a puncture, enabling the driver to carry on driving without having to immediately replace the tyre. Inside the tyre, a sealing layer material placed under the tread pattern tightly blocks every possible air leakage going through the carcass with or without an external object still present. The Seal Inside™ technology works on the area that has been punctured, filling up the hole and ensuring that no air will get out. Performance and safety are uncompromised: the driver can continue without any problem. The Seal Inside™ technology is only one of the solutions that define Pirelli’s philosophy of “Total Mobility”. As well as being fitted as original equipment on many new Volkswagen vehicles (from the Touran, making its debut in Geneva, to the Passat shown in Paris last year) this technology underlines the premium status of Pirelli’s latest product: the Cinturato All Season, the only aftermarket All Season tyre available with Seal Inside™ technology. Launched for the European markets in January, the Cinturato All Season with the Seal Inside™ technology has been successfully tested by dealers and the famous Italian magazine Quattroruote. 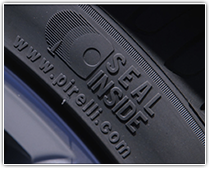 The Quattroruote technicians have especially put to a hard test the right front tyre of an Alfa Giulietta 1.4 Turbo 105 cv, puncturing it with a 4 mm nail as well as with a self-tapping screw. After 452 kilometres and 5 hours and 25 minutes at an average speed of 84 km/h, “the All Season has proved itself to be safe and silent”. While driving the car, the difference between the punctured tyre and the others has always been around one tenth of a bar. “Even after a few days, the tyre pressure has not undergone significant changes” and after a week the normal tyres had a pressure of 2,24 bar compared to 2,14 bar of the punctured one. "Seal Inside™ works!"