SOFT TYRES AT THE FOREFRONT ON SAFARI RALLY IN KENYA 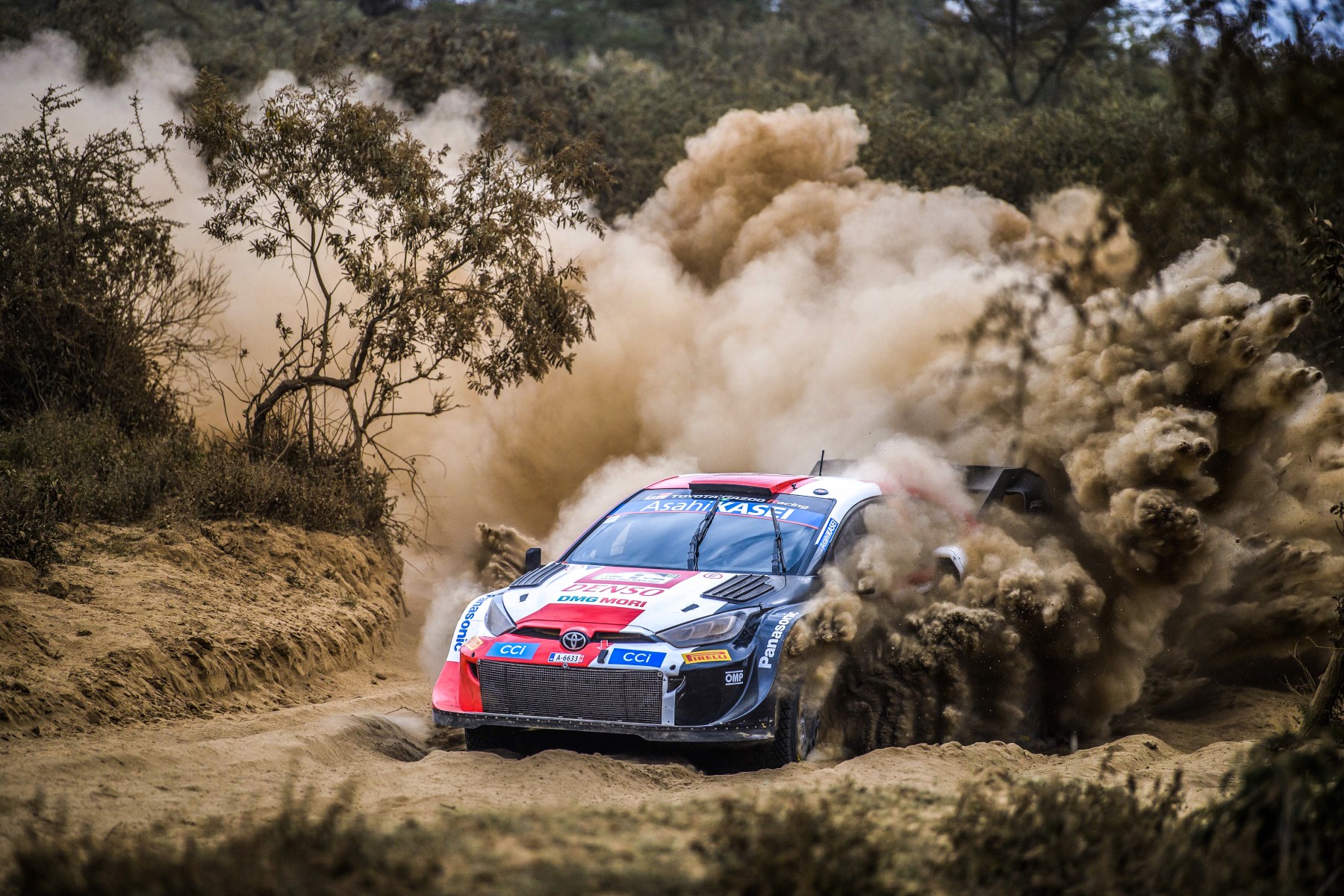 The soft compound Scorpion tyres were the exclusive choice throughout the rally from all the teams, thanks to their perfect compromise between performance and strength

Fine ‘fesh fesh’ sand, broken roads, and high speeds were the hallmarks of the epic Safari once more

Terenzio Testoni: “A strong performance from the latest evolution of our 2022 Scorpion tyres. No further work is needed on them for now”.

The Safari Rally ended with another challenging day, characterised by fesh fesh sand and broken up roads on the second run in particular. As usual, the stages featured high speeds that challenged drivers, cars, wheels (with more than 100 of them damaged) and tyres, even through the final six stages on Sunday.

Nonetheless the positions that had been established over the previous (and equally demanding) three days remained fixed, with Toyota sealing a historic quartet as Kalle Rovanpera led home his team mates Elfyn Evans, Takamoto Katsuta and Sebastien Ogier.

All the teams used the same tyre strategy and choices throughout the 19 stages: taking six Scorpion KX soft SA tyres (the main choice) at each service halt. Average and top speeds were quite high, with Rovanpera setting the fastest average of 114.9kph on SS15 (Narasha) and also setting the highest average speed of the whole rally, which ran for 362.62 competitive kilometres.

Pirelli Rally Activity Manager Terenzio Testoni said: “The drivers treated this like a flat-out sprint race. They overcame all the hazards of these roads, posing a huge risk to the integrity of the cars, wheels, and tyres – which wouldn’t have been able to allow a normal rally if they were weaker. That would also have been the case if the tyres had been more rigid, as then they would have damaged the actual suspension of the cars. So it’s no coincidence that any issues related to tyres were caused by lateral cuts from rocks, and in any case, they were very few in number. This was despite the fact that conditions in Kenya were much worse than last year, as the drivers themselves pointed out. As for the evolution of our 2022 Scorpion tyres, I can only say that after the first three gravel rallies of the season, the drivers and teams have praised the current specification, which means the tyres can remain unaltered for now. I was particularly pleased with the soft compound that displayed versatility, strength and performance, from their 2022 debut in Portugal to Kenya this weekend. As per Pirelli’s DNA, the innovation and development doesn’t stop so we take away some useful information from Kenya that will be valuable for the future. Now we focus on Estonia”.

The performance of the K6B soft was excellent as well: an evolution of the K6A gravel tyre for Rally2 cars, with these new tyres making their debut in Kenya alongside the K4B hard. As was the case for Rally1, the hard compound wasn’t used on the Safari as the teams preferred the soft, which was perfect to face the challenging Kenyan terrain. Kajetan Kajetanowicz won Rally2 in a Skoda Fabia Rally 2 Evo, also finishing ninth overall. Local driver Maxine Wahone triumphed in Rally3 at the wheel of a Ford Fiesta Rally3

SOFT TYRES AT THE FOREFRONT ON SAFARI RALLY IN KENYA
Newsroom