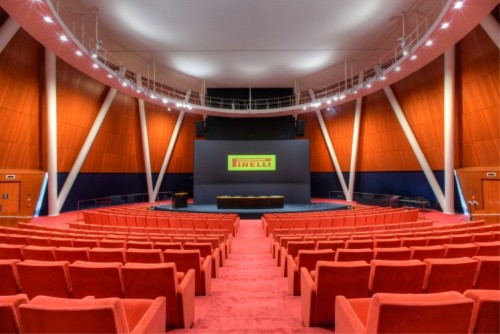 As a result of the assignment in the month of March 2017 by Pirelli & C. S.p.A. to the controlling company Marco Polo International Holding Italy S.p.A. of the shares of TP Industrial Holding S.p.A., the company into which were conferred almost the totality of Pirelli’s Industrial assets, in continuity with 2017 some residual Industrial activities in Argentina (separation completed in 2018) and in China (separation expected in during 2018) are qualified as “discontinued operations”.

Please note also that the comparative data at 30 June 2017 refer to the Carve Out financial statement at 30 June 2017 prepared in accordance with the IAS 34 in order to represent the assets, liabilities, revenues and costs directly attributable solely to Consumer activities, approved by the Board of Directors on 28 July 2017 and included in the registration document prepared for the authorization for admission for listing of Pirelli shares on the Mercato Telematico Azionario organized and managed by Borsa Italiana SpA.

Milan, 7 August 2018 - A meeting of the Board of Directors of Pirelli & C. S.p.A. today reviewed and approved the results for the six months which ended on June 30, 2018. The first half performance was in line with the path focused on High Value and shows growth of all key economic indicators. In particular: