THE SPA 24 HOURS: AN OBSTACLE RACE FOR CARS AND TYRES 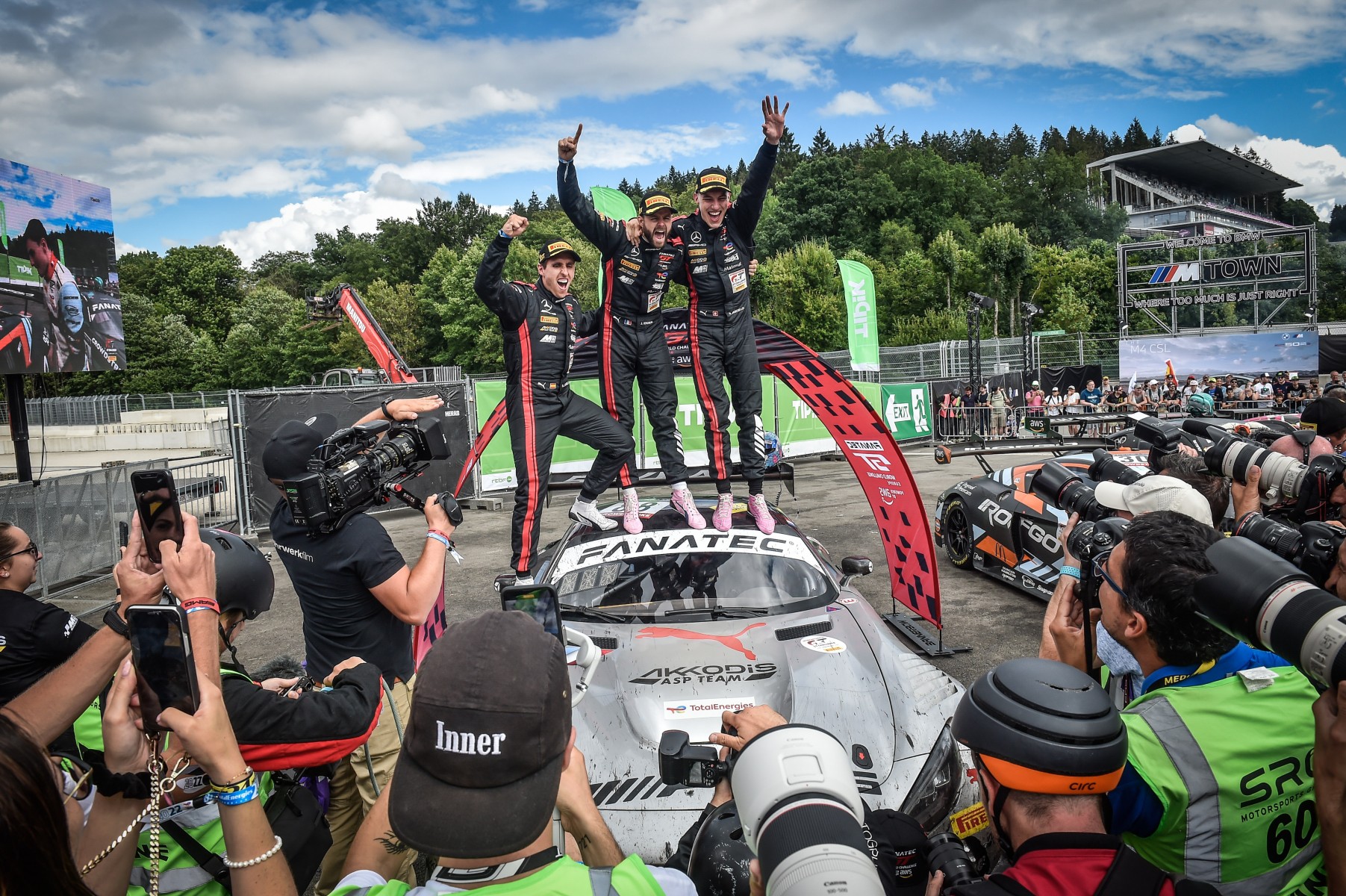 A total of 40 cars from the 66 that started finished the Spa 24 Hours, with the number 88 Team Akkodis AMG-Mercedes of Raffaele Marciello, Jules Gounon, and Dani Juncadella winning with a margin of 31.040 seconds over the similar Team Getspeed car, while the Iron Lynx Ferrari completed the podium. It was a tightly-fought Spa 24 Hours that was only decided in the closing stages, with breakdowns, full course yellows, and other racing incidents constantly shaking up the order.

THE CHALLENGE
The biggest challenge for the cars and the tyres came from the revised track layout, with some new asphalt as well as new kerbs and gravel traps. All these additions, along with unusually high temperatures and no rain, provided a fresh challenge and required careful management of run plans and the new P Zero DHF tyre: specifically developed by Pirelli for all classes of GT racing and used exclusively throughout the 24 hours. The weather was unusually dry this year, which meant that there was no need for the wet tyres that are often used at Spa.

MATTEO BRAGA, CIRCUIT ACTIVITY MANAGER:
“Races such as the Spa 24 Hours don’t just require pure speed but also the right mental approach and strategy, as well as a careful eye on tyre management to ensure the performance and reliability needed. This year was no exception, which as we predicted was made even more challenging because of the sharp stones on the circuit from new gravel traps that are very close to the edge of the track. In these conditions both cars and tyres were put to the test throughout every phase of the race. The results came to those who waited, without taking risks in the opening stages and in the cooler conditions at night, in order to be able to tackle the final push this afternoon.”

THE TYRES
The P Zero DHF tyres used in the Spa 24 Hours are characterised by a wider working range that is also optimised for warmer temperatures, as well as a new construction that improves the front and rear balance of the car. The DHF takes over from the DHE that was used until the end of last year, and also equips the GT4 European Series.

THE SPA 24 HOURS: AN OBSTACLE RACE FOR CARS AND TYRES
Newsroom